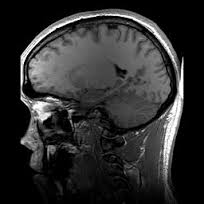 MRI or Magnetic Resonance Imaging plays a major role in medical diagnostics in almost all cases; especially ones involving soft tissues. It has reached a level where roughly 60 Million MRI procedures are being carried out annually all around the globe that makes it one of the most interesting fields to study and develop because of its diversity in application.

A specially coated Iron Oxide nanoparticle could be the new trusted MRI contrast agent; as the currently used Gadolinium can build up in the brain of patients after injection and is linked to impaired kidney functionality in some cases.

One-third of the cases mentioned above needs a contrast enhancement agent; which contains Gadolinium. Gadolinium is a rare-earth element that is silvery and has shown to be more ferromagnetic than iron at low temperatures. In the field of MRI; Gadolinium provides what is known as positive contrast agents (appears light in the image light). However; researchers at the Proceedings of the National Academy of Sciences have worked on coating nanoparticles of Iron Oxide with Zwitterions (charge-balanced molecules) as a negative contrast agent (appears dark in the image Light) that have a diameter of nanometers; making it much easier for the kidneys to clear them after the injection.

Why is it special?

The ability to use a safer alternative to image contrasting element that would bring the same diagnostic benefits is well worth the trust and trial. At the end of the day; the goal of caregivers is to make patients’ lives easier. However; until this point, the majority of the radiologists prefer using positive contrast agents.

Research is still going on around this element and its ability to take over the image contrasting agents in MRI. Initial trials and studies are promising while more toxicology testing will take place to prove that it is, in fact, a safer choice!

Have a good one!

What is Food and Drug Administration – FDA 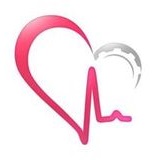